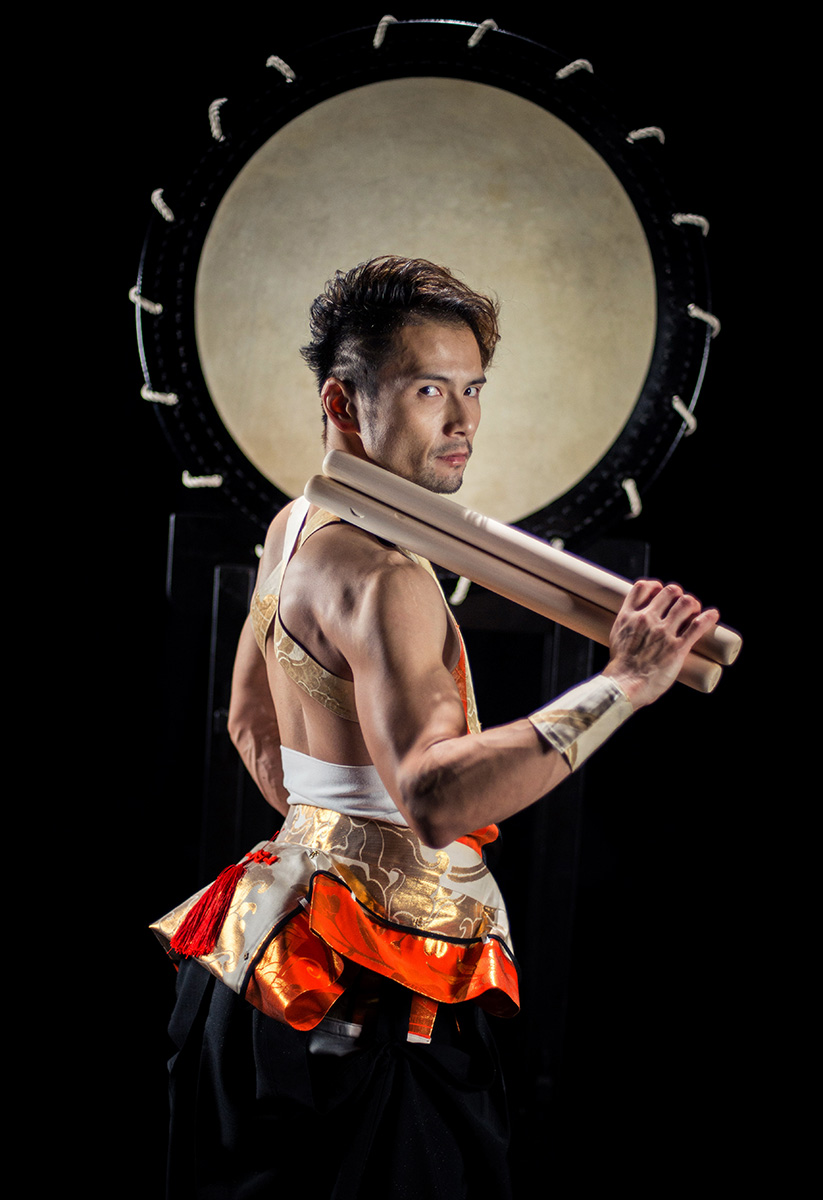 TAKUYA has been playing the Taiko from the age of three. At the age of 16, he founded a Taiko group called “TENRYU-DAIKO”. In July 2002 he won a special prize of the “Viennese World Youth Music Festival” in Vienna. In 2003 he was accepted into his master Eitetsu Hayashi’s ensemble called “FUUN-NO-KAI”. Since he became a professional player of the Taiko, he has performed on many occasions such as: International Taiko Festival Ecstasia, Tokyo Summer Music Festival 2004, performance at the National Theatre in Tokyo with “KU-KAI-SEN-KYO” and many more exciting events throughout his career as a world’s leading Taiko drummer.

In 2011 TAKUYA became a regular member of the German drum group called “Drumaturgia” and he has been on tour with the “World Percussion Ensemble” and Walter Lang in many cities in Europe and in Japan. In the past years, he has visited over 22 countries through his Taiko drumming performances.

TAKUYA is one of the very few best solo Taiko players in the world, making each of his performances exquisite and unforgettable for everyone.